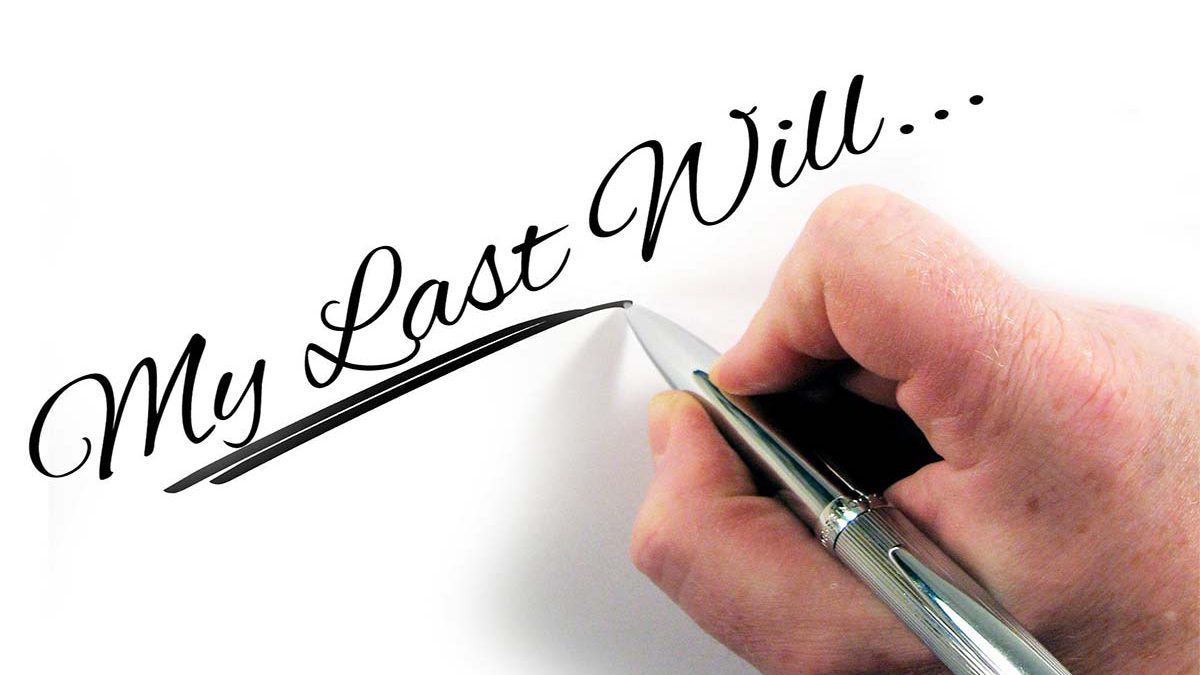 The most basic step in estate planning involves writing a will. A Will is a legal instrument that permits a person, the testator, to make decisions on how his estate will be managed and distributed after his death.

It is the legal document created to provide instructions on how an individualâ€™s property and custody of minor children, if any, should be handled after death. The individual expresses their wishes through the document and names a trustee or executor that they trust to fulfill their stated intentions.

The will also indicates whether a trust should be created after death. Depending on the estate ownerâ€™s intentions, a trust can go into effect during their lifetime (living trust) or after their death (testamentary trust).

A will provides certainty to the surviving members of the deceasedâ€™s family, by distributing the property of the deceased according to his wishes. It prevents or minimizes family disputes that are likely to arise during division of property.

A will can be used to distribute real property including land as well as movable property such as money, shares in a company, intellectual property and personal effects.

The authenticity of a will is determined through a legal process known as probate. Probate is the first step taken in administering the estate of a deceased person and distributing assets to the beneficiaries. When an individual dies, the custodian of the will must take the will to the probate court or to the executor named in the will within 30 days of the death of the testator.

The probate process is a court-supervised procedure in which the authenticity of the will left behind is proved to be valid and accepted as the true last testament of the deceased. The court officially appoints the executor named in the will, which, in turn, gives the executor the legal power to act on behalf of the deceased.

The estate of a deceased person must go to court through the process of probate so that the decedentâ€™sÂ affairs can beÂ legallyÂ concluded. The validity of a will may also be determined when the Court oversees the probate.

If there is real property, someone will need legal authority to transfer the property to the heirs. If the estate is producing income, taxes will have to be paid. The creditors are to be paid from the estate property.

Importance of a will prepared in estate planning

If you own property and assets, you may want to have a will. That way you, rather than your state government, can decide who gets your property and assets when you die. In most cases, wills are written legal documents, but some states do recognize other types of wills. The legal requirements of each state can vary, so itâ€™s essential that your will is drafted and executed properly.

If you do nothing at all, you die â€śintestate,â€ť which means without a will. When this happens, the state will step in. The probate Court will tally up all of your assets, pay all of your outstanding debts, and distribute whatâ€™s left according to a standard formula.

The Government awards half of the estate to the surviving spouse. The rest is divided among the children. If you donâ€™t have children, your estate goes to your spouse is shared between a spouse and certain relatives.

REQUIREMENTS OF PREPARING A WILL IN ESTATE PLANNING

AÂ joint tenancy with right of survivorshipÂ is a method of owning property with another person. At the death of one owner, the other owner becomes the full owner of the property.

The property isnâ€™t part of the decedentâ€™s estate, and doesnâ€™t go into probate. There are tax implications and simple ownership issues for a joint tenancy.

A joint tenancy isÂ not the equivalent of a will. A will can do a number of other things. A joint tenancy creates a situation where the other joint tenant will get the whole property at the decedentâ€™s death.

But if you give your brother an interest in a joint tenancy on your home, he could sell his interest or his creditors could go after his interest.

A will is a legal declaration by a person, of his wishes or intentions regarding the disposition of his property after his death, duly made and signed in accordance with the law. A will includes any attachments to the will, explaining or altering any part of the will.

Such attachments are known as codicils and have to be signed. A will can either be oral or written. An oral will is only valid if it is made before two witnesses and if it is made three months prior to the testatorâ€™s death.

With a will, the surviving members of a deceasedâ€™s family are assured that the property of the deceased will be distributed based on his wishes. Wills; therefore, prevent family disputes arising during the distribution of property.

The testator is the one making the will. As the testator, you need to make a declaration that that is your last will. This is because the latest will usually invalidate the previous declaration. However, an oral will does not invalidate a written will.

Any person, male or female, writing a will has to have testamentary capacity. A person who has attained the age of 18 and who is of sound mind can write a will. A will written under coercion or a threat of violence is void since a person writing a will ought to exercise free will.

Any property disposed of in a will is known as a gift. A will has to name a gift and the recipient of the gift. This section of the will could also include any conditions that are to be met by the person receiving the gift. A testator can only gift away property that belongs to him.

An executor is the person named by the will, who takes charge of the distribution of the assets of the deceased. This is not a mandatory provision in a will. Where an executor is not named, any persons wishing to administer the estate of the deceased have to apply to court to be named as administrators

Although not mandatory, a will could also contain the following provisions:

However, these directions are not compulsory and may be disregarded since thereâ€™s no property in a dead body.

Invalidity of Parts of the will

The invalidity of certain parts of the will may not invalidate the entire will. For instance, where the testator gave out property that does not belong to him, then such a gift cannot pass to the intended recipient.

This only invalidates that specific gift but does not affect the entire will. The courts have power to alter the contents of a will under certain circumstances.

For example, if the will does not make reasonable provision for a dependant, the court may order that such a dependant be provided for from the testatorâ€™s net estate.

The authority of an executor to distribute the assets of the deceased is given by the will. An application for and grant of probate where there is a will merely reaffirms this authority.

Where the deceased died having written a will and named an executor, the executor is to apply for the grant of probate unless he refuses or declines to do so.

The application for grant of probate is made by filing in the registry a petition and an affidavit in the prescribed form, the original will plus two copies of the will and an original death certificate. If all documents are in order, the Deputy Registrar places the file before the judge. It is then advertised in the Kenya Gazette.

If no objections are raised within 30 days, letter of grant of probate is issued with a copy of the will attached. The grant is confirmed after a period of six months 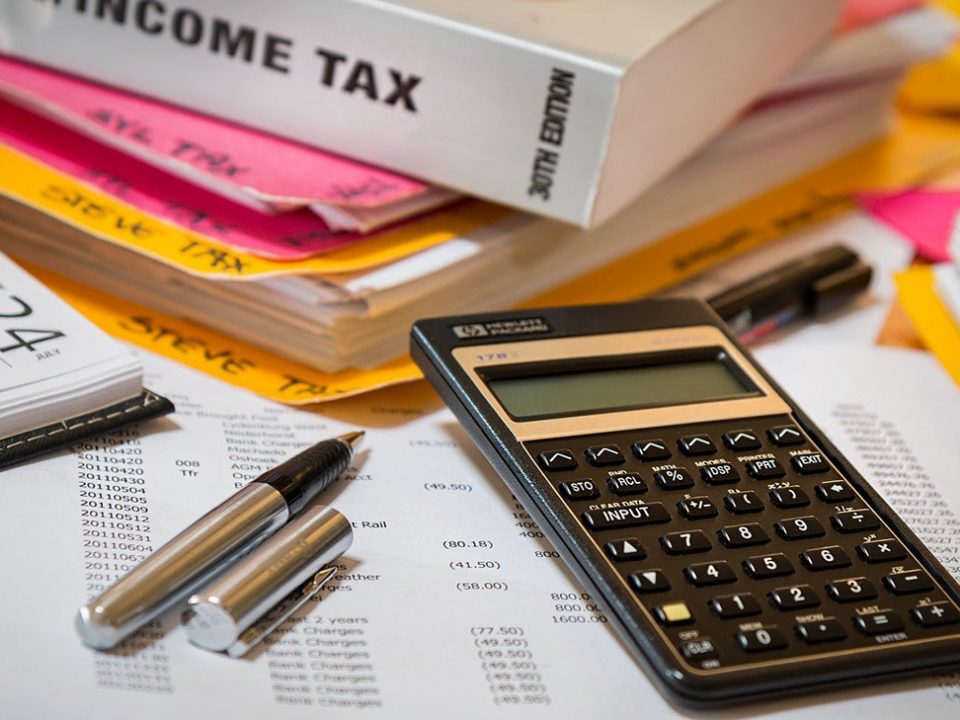